The impact of negativity bias on how pain is treated

When does negativity bias start?

Essentially, the first indication of negativity bias is seen in new-borns at around three months old. It looks like negativity bias is ingrained in us. They don’t know whether it’s a genetic propensity, such as an evolutionary code that has been passed down, or if it’s learned at a particular age. They can’t understand what’s going on, but they’re aware of the evolutionary significance. Because negativity is a step back and saying no, I’m not going to do this because there’s a danger of causing harm or dying at worst-case scenario, it plays an important role in evolutionary survival.

The power of optimism, on the other hand, isn’t as significant as you might think. In an evolutionary sense, positivity has no benefit for us. It’s just a simple “yes,” implying that you can take one step forward. There is no psychological boost to motivate us to modify our behaviour; just keep going until you hit a wall somewhere along the road. Nothing here will cause difficulty. It comes in when you get something like a donut as a reward. That feels fantastic. However, we all know the dangers of overeating too many doughnuts. And then you can’t control yourself because you’ve trained yourself to do so. And then you understand that you have no self-discipline.

How much of a part does negativity bias play in our lives?

Negativity bias is very powerful. And it has such a significant impact on our decision-making process as humans throughout our lives because it’s the first thing we become aware of, it’s the first tool we have to defend ourselves from injury or death or disgrace, or whatever it is. And because of that, it screens out everything. Everything we do, everything we see, and even the systems we rely on to look after us, such as our health care system. It is a negativity bias that screens all the way through.

How does negativity bias impact our health system?

The negative bias, this downward flow of effect, top-down, is in fact what I believe to be most responsible for us having such large issues with pain and injury across the world. It’s a statistic that I’ve referred to many times before, like a 63% increase over 30 years. You’d think that we’re so advanced now we should be seeing that drop, but we’re not. My theory is, is this negativity bias has filtered and penetrated the decision-making tree at such a high global order that we are just basically drumming ourselves into the ground.

We can all discover how to change our mindset and approach in order to be more optimistic. When it comes to pain, having optimism is critical since if we’re inclined for the negativity, we’ll be more frightened. Fear itself will reign supreme. We’ll avoid doing things out of fear of what may happen if we do them. And then if we go into our health professionals and they’re just laying down the pessimism. The negativity. Avoid this. That should be frightening. Here’s where I’m going to get a scan. We’re just killing ourselves through the narrative that we’re creating.

It’s our responsibility, duty, and role as health care providers to have a more positive attitude when it comes to treating people, getting them to overcome their pain. We won’t make any difference in this global disease epidemic if we don’t.

PrevPhysiotherapy – Science or Art?
The impact Osteoporosis and Osteopenia has on your bones, and what you can do about itNext

Answer these simple questions and find out what you need to do for Pain Relief, for good.
Click Here

Another step to elevating the health and wellness of our community. 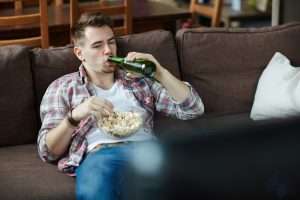 Exercise is movement made hard We make exercise hard because we have to use more effort to get our bodies moving. And when we’re not 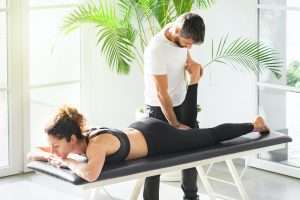 The Lonely Planet Injury Guide: What a Physiotherapist really does

Over 12 years ago I packed up my bags and on the day of my 18th birthday, I hopped on a flight to Delhi for

NEW CLIENT OFFER
Get $40 Off
Your First Treatment

WAIT! BEFORE YOU GO

Your First Treatment as a New Client